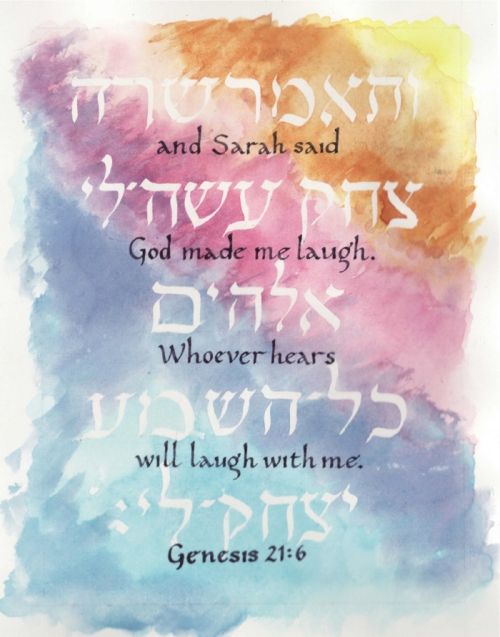 Hey everyone.  I have often thought about how comedy works. I’ve heard a comedian explain it, and I would like to share it with you in summary:

In comedy, there is a setup and then there is a punchline. The joke begins with a set-up, leading you to a story or situation  to ensure you (the audience) is moving in a linear direction; the punchline occurs when the story or situation changes to a  new direction in  a way you are not expecting, hence the punchline. When you catch the change, the results are revelation, fulfillment and joy expressed through laughter.

Of course, when I shared these jokes live, body language, voice, and delivery plays a part in telling the joke. Thus, making the joke funnier live.

The mother smiled reassuringly at her son. “You don’t have to be afraid of the dark,” she explained. “Jesus is out there. He’ll look after you and protect you.”

The little boy looked at his mother real hard and asked, “Are you sure he’s out there?” “Yes, I ‘m sure. He is everywhere, and he is always ready to help you when you need him,” she said.

The little boy thought about that for a minute and then went to the back door and cracked it a little. Peering out into the darkness, he called, “Jesus? If you’re out there, would you please hand me the broom?”

And his disciples answered and said, “Some say you are John the Baptist returned from the dead; others say Elijah, or one of the prophets.”

And Jesus answered and said, “But who do you say that I am?”

Peter answered and said, “Thou art the Logos, existing in the Father as His rationality and then, by an act of His will, being generated, in consideration of the various functions by which God is related to his creation, but only on the fact that Scripture speaks of a Father, and a Son, and a Holy Spirit, each member of the Trinity being coequal with every other member, and each acting inseparably with and interpenetrating every other member, with only an economic subordination within God, but causing no division which would make the substance no longer simple.”

And Jesus answered and said, “What?”

They again went to the father’s study where his father said, “Son, I’ve been real proud of you. You have brought your grades up, you’ve studied your bible diligently, but you didn’t get your hair cut.” The young man waited a moment and replied, “You know Dad, I’ve been thinking about that. You know, Samson had long hair, Moses had long hair, Noah had long hair, and even Jesus had long hair!” To which his father replied, “Yes, you’re right, and they also WALKED everywhere they went!”

Proverbs 15:13, “A happy heart makes the face cheerful, but heartache crushes the spirit.”

I especially liked the last joke! Haha, “Thank God that wasn’t a watermelon.” It really makes sense that God would make everything according to what is best. It reminds me of God’s perfection in his creation.

The third to last joke was priceless too. Hahaha. Thou art one of the three in one, the infinitely boundless Creator of no subordination of the divine order of Creators….The Logos. Haha I just made that up, even though it probably makes no sense. I like his lingo. Hehehe.

The funny thing about the second to last one is that I DO walk almost all the time, because I have no car! I can be like the greats of old! Who had long hair! *sways my hair back and forth* Haha.

God bless you and I pray that you pass your exams, reach 7 students on Monday, have continually refreshed spirits, and are blessed when you go in and when you go out!!!

All of these jokes are very funny, but the one that stood out to me was the third to last joke, where Peter provided a sophisticated response that even Jesus couldn’t even understand! Even I didn’t understand what Peter was trying to say at some parts. But then again, I am actually no different from Peter as I tend to do the same thing as well. When I write my testimonies or have conversations with other people, I try to be wordy and provide a massive amount of detail (more than necessary) to everyday conversations such as “How has your day been?”. I can imagine my friends or anyone I talk to become bewildered, and now that I look at this, it all seems silly to me and revealed to me that I don’t need to appear smart to be accepted by Jesus, or anyone else in general! This is what I took away from the joke, and I found it very funny!

You’re totally right, we don’t need to try to look smart or impressive to be accepted by Jesus. Hopefully none of us becomes like this stuffy, pompous version of Peter and completely miss the point of everything hahaha

These are great! Thanks for posting! It’s so true that real laughter comes from God. I like your introduction at the beginning of this post. The punch line, the unexpected turn, is what makes a joke funny. It reminds me of how God works in a person’s life. He intervenes in one person’s life, taking them from the expected and perishing path and changes their life completely.

Maybe other people laugh at us for spending our time and energy teaching the Bible. But the punchline is Luke 18:29,30.

“And he said to them, ‘Truly, I say to you, there is no one who has left house or wife or brothers or parents or children, for the sake of the kingdom of God, who will not receive many times more in this time, and in the age to come eternal life.'”

I look forward to the final punchline–when we can all have victorious laughter in the kingdom of God with Jesus.

This was an insightful post. Indeed we are waiting for the final punchline—the victorious laughter in heaven.

The little kid asking Jesus to get him the broom is too funny and adorable. It reminds me of a few weeks ago while my dad, my brother, and I were eating some pho, talking about some Genesis stuff. My brother was thinking about the stories and suddenly piped up, “But I don’t get it, why did God ask Isaac to sacrifice his son Abraham?” My dad and I almost spit out our soup LOL. Sometimes our little misunderstandings of the Bible makes us say some hilarious things! I can’t count all the funny things my own students have said that were just like that haha

Nice your jokes are always welcomed. It always makes me laugh. But I like it more when you deliver them live because of the acting you put behind each joke and that makes the joke come alive. Thank God for your humor and heart.
Also, I especially like the 150 pound rottweiler. Moses tried warning him about Jesus but he didn’t listen and we know how that turned out. That’s a classic.

@Berto200 This was a hoot! I laughed a lot. I did not know why watermelons grew on small plants. Now I know. @leotbrzl is right though. It would be good to hear them live because the dramatic storytelling adds to the humor. Praise God!

I just saw them today! It brings me laughter indeed, especially about the use of the car part!