Dwight L. Moody was mentioned in a Bible study this conference, and out of curiosity I went hunting to find the original source for the story of the man in the mining town. I found it on this link, and then I realized that I had just stumbled on a treasure trove of godly stories and quotes, all of them rich and thought-provoking.

Here are some amazing ones, after a skim through:

WHY HIS LIFE WAS SPARED – A former Union soldier met a former Confederate soldier on a ship, and they both recalled an interesting night during the war. The Confederate soldier had decided to sing a hymn while standing sentry, after which his fear was replaced with a strange peace.

The other man said, “Now, listen to my story. I was a Union soldier, and was in the wood that night with a party of scouts. I saw you standing up, although I didn’t see your face, and my men had their rifles focused upon you waiting the word to fire, but when you sang out —

‘Cover my defenseless head
With the shadow of Thy wing.’

I said, ‘Boys, put down your rifles; we will go home.’ I couldn’t kill you after that.”

I read that and was very touched at how much God valued this person who trusted Him. This reminds me of Psalms 57:7-8 – David was hiding in the cave from the soldiers and he really needed to stay quiet, but instead he was determined to praise God, crying, “My heart, O God, is steadfast, my heart is steadfast; I will sing and make music. Awake, my soul! Awake, harp and lyre! I will awaken the dawn.” LADY PENDULUM – what a cool example Mr. Moody gave to this woman! She could not believe that her salvation would continue once Mr. Moody went back to America. After much discussion, he finally gave her a story about a pendulum clock: “The pendulum figured up the thousands of times it would have to tick, and got discouraged, and was going to give up. Then it thought, “It is only a tick at a time,” and went on. So it is in the Christian life — only one step at a time.” The woman was amazed and realized that “if she could trust in God for a supply of grace for only one day, she could go right on in the same way from day to day. As soon as she saw this, she came out quite decided.”

Christian life is really like a clock moving forward, one tick at a time. I have been sometimes discouraged at the long way I have to go in being truly dedicated or truly changed in Christ, but that’s actually something I can deal with one day at a time. It’s really encouraging! 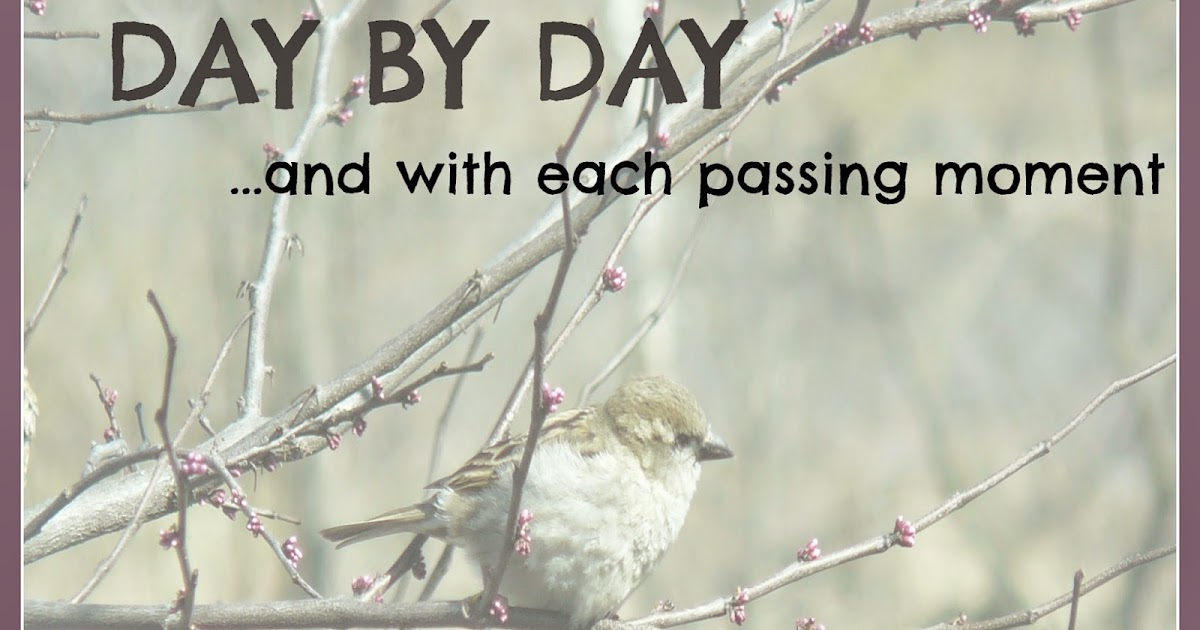 THIS POWERFUL QUOTE – “Now, this is the time for action. I have got so tired and sick of this splitting hairs over theology. Man, let us go out and get the fallen up. Lift them up toward God and heaven. We want a practical kind of Christianity.” 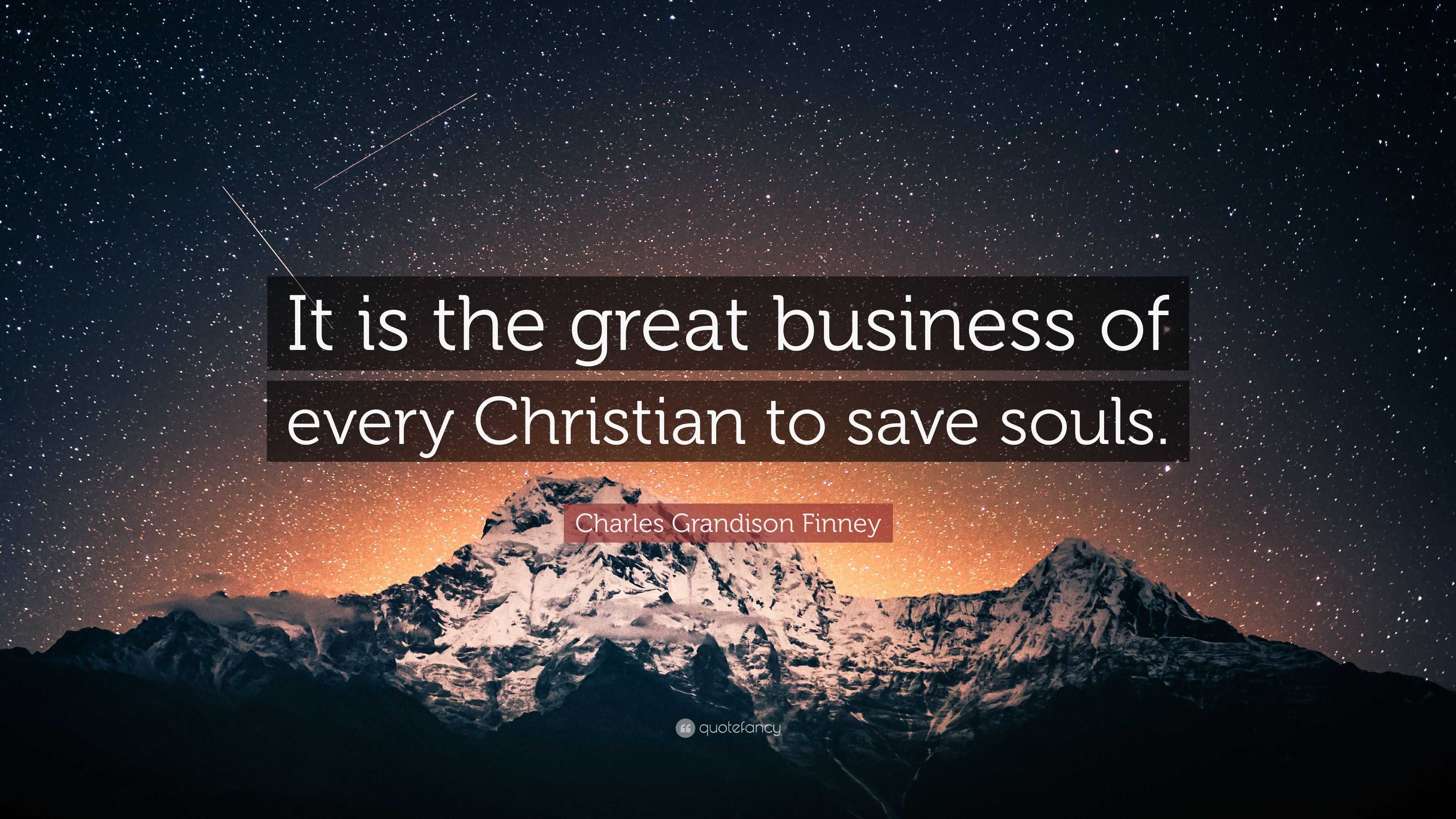 HOW ONE MAN TREATED DOUBTS – A young man had just been converted and was bothered by Satan with the thought that maybe Jesus never actually said, “Him that cometh to Me I will in nowise cast out.” He finally overcame it around 2 am when he decided, “I will believe it anyway; and when I get to heaven, if it isn’t true, I will just tell the Lord I didn’t make the mistake — the translators made it.” This definitely made me laugh!

I haven’t read through all these on the link, so I’m curious to know what other stories you find inspiring! Or any other great men and women of God we should all know about 🙂

Homemade Pesto!
Pesto is one of my favorite sauces to cook with as...
Love is Not a Fairy Tale
John 15b Testimony Part 2 Jesus also said, “My ...
Just Haven’t Seen it Yet
I first heard this song in the beginning of th...
Post Views: 2,332
Loading Likes...
Login
Please login to comment
10 Comments
oldest
newest most voted
Inline Feedbacks
View all comments
bao

The first story is incredible. The word of God, love and music united two enemies, and saved one life.

Today is Labor Day, but I find myself working and preparing lecture notes for my students. I also have a Bible study in the evening. I realize Labor Day really mean Your-Labor-In-the-Lord-Is-Not-In-Vain-Day.

Thank you so much for this encouraging post…it really lifted up my spirits. I especially like the idea of the Pendulum Clock. It is only a tick at a time…. I think, Calculus is so hard…there’s a lot…and school seems difficult, but when I remember that it’s all a tick at a time..Then I can continue forward and keep doing it! Thanks. 🙂

You can do it!! There are also some really good tutoring websites hosted by local libraries – I was able to get a lot of help from their online tutors when I was taking Calculus. I think you just need a library card number? Your school might have a similar program too

‘Cover my defenseless head
With the shadow of Thy wing.’ Wow God answered his prayer! God had mercy on Him! His mission was not over until God says its over.

I’m a newbie to Christian history, but this quote indeed encouraged me greatly!

“Now, this is the time for action. I have got so tired and sick of this splitting hairs over theology. Man, let us go out and get the fallen up. Lift them up toward God and heaven. We want a practical kind of Christianity.”

This is really encouraging that instead of getting caught up in the likely damaging arguments over small things of theology we might go out and serve God as one body of Christ. I am also encouraged to help others to live a practical Christianity as well that they may obey God in action and deed.

‘Cover my defenseless head
With the shadow of Thy wing.’
@Sabaaa : What’s the title of that hymn? I want to listen to it now.

That teaching about the pendulum clock is what I really need to hear right now. Lately, I’ve been feeling overwhelmed and stressed out by my duties and mission life, especially now that the end of this semester is approaching, and we are still about 90 BS away from 400 BS. But, I should just take one step at a time, and savor this moment of walking with God.

And that story about how that young man overcame his doubt made me laugh. 😂

Thank you for sharing

I just checked it out, I think it’s”Jesus, Lover of My Soul.” Found this intense version: https://youtu.be/nYadCyVsXFo

There is also this calmer version by Fernando Ortega: https://youtu.be/NsXcCdWjsmg

Yes it’s just one step at a time! Hope you don’t get too stressed out, but find new strength and peace in God.

I just checked out those links and I really enjoyed that hymn! I like the intense version 😀 I imagined the soldier standing in a cold foggy wood, singing this song sincerely to God. His trust in God is awesome.

Praise God for these warriors who battle in spirit. Their life is inspiring.