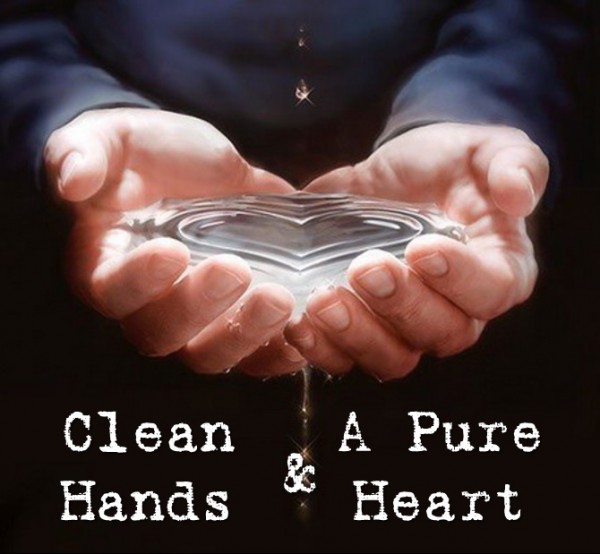 The Israelites were not the people of Egypt, but they bore the reproach of Egypt. Similarly, by God’s grace, I become a citizen of God’s kingdom, but because I have lived in this world outside God for so long, there are still many elements of this world remaining in me to this day. Sometimes, the words that I speak are still those of this world. Even now, I still see worldly treasures as so valuable. I still put my hope, even though very slightly, in success, romantic relationship, and human recognition. I still do the things that only the people of this world do. And worst of all, even my heart is still so corrupt with anger, bitterness, mistrust, lust, jealousy, greed, laziness, and pride, even though I have been trying so hard to remove them. Each day in my prayer, I always see the worldly part of me that I want to get rid of.

Whenever I see my sheep living with this reproach of Egypt and choosing to do what the people of this world would do, my heart sinks, especially if I have great hope for that sheep. Even so with God. Whenever he sees me still bearing the reproach of Egypt, God must be so disheartened, and he cannot wait for the day when it is rolled away. I do not want to cause God pain when he sees me, but I want him to be pleased and smile when he sees me. For this to happen, the reproach of Egypt must be removed from me completely through the circumcision of my heart.

After receiving circumcision, the Israelites celebrated the Passover, still, in the enemy’s territory. This seemed to be a bad time to have a feast. They should rather celebrate after they had conquered the Promised Land. Yet, celebrating it each year was God’s command for them. Through this, I can see how important it is to remember God’s salvation very vividly as I fight for God in my campus. Without celebrating the Passover and remembering God’s salvation, the Israelites would perhaps be content with their peaceful lives, and they would eventually see God as a dictator who kept on giving them commands. Thus they would be unable to live as God’s instruments.

In the same way, when I do not remember God’s grace for me, doing the work of God becomes a very difficult thing to do. Every Christian activity that I do now will just become a religious routine, and I will find no joy in doing it. Even coming to Bible study and writing my testimony, which are the things that I enjoy doing so much, will just become like attending a lecture and finishing my assignment. Without remembering God’s grace, it is impossible for me to remain as a Christian because this new life requires much sacrifice and self-denial.

However, when God’s grace is so vivid, naturally, I become more than willing to do everything that God asks me to do. I am willing to do the things that might please God, and doing the work of God becomes so fun and enjoyable. In fact, I have been able to remain so far despite life’s challenges and people’s persuasion and criticism because God’s salvation grace is still with me. Indeed, God’s salvation grace is the foundation of my new life.

After the Passover, they ate the produce of the land, and God stopped providing them manna. Now that they had tasted the food from the land, God was giving them another reason to conquer the rest of it. Similarly, God has let me taste the sweetness of serving his sheep with him and watching them grow. In the beginning of my mission life, I never put any effort or heart into doing the work of God. Yet strangely, I received provision from God.

I remember that the second time I went fishing, I did it half-heartedly, and I was so determined to go for no more than 30 minutes. Yet, less than 5 minutes after I started fishing, I caught my first sheep, and we had Bible study on the spot. And a similar thing happened again when I caught my second, third, and fourth sheep. But now, I have to work so hard, be diligent, and be wholehearted just to find one sheep. In this way, God is giving me reason to pursue this and is training me to be self-dependent. With the vision of 400 Bible studies and establishing 200 disciples, I can no longer fight as if I’m still on a drill, but I need to pursue this with all seriousness.

When Joshua and the Israelites were ready to fight, he saw a man standing with a drawn sword. If I saw a man standing in the middle of the battlefield with a weapon, I would assume that this person was ready to fight. Joshua could see this too, so he wanted to know if he was for the Israelites or for the enemies. But this person answered neither. As the commander of the Lord’s army, this man did not take any side because he would only fight for God. Similarly, as a soldier of God, I am not here to fight for America, and I am not here to fight for Indonesia either. Some people think that I am a Republican because of my now conservative view toward certain issues that do not align with the word of God. Still, some other people think that I am a Democrat because I came from another country. And some people want me to make my political affiliations clear. Yet, I am not here to fight for the Republican party or the Democratic party. Thank God. Some people are wondering if I am for the Rams because I live in the greater Los Angeles, but I am neither for the Patriots nor for the Rams.

Right now, God placed me in this ministry, and we have a club on our campus now, but even though I am serving college students, I should not fight for this church, for Shepherds Club, or even worse, for my own cause. As a soldier of God, I must fight only for the Lord.

One word: Circumcise my heart.

“God’s salvation grace is the foundation of my new life.” Amen. I agree that in our life of faith we need to remember Gods salvation grace or this new life becomes about duties and more duties. No one can live this kind of life. Thank you for reminding me of how I must struggle daily to remember Gods grace and fight for the Lord. God bless your life of faith continually.

I am greatly encouraged to fight against my reproach of Egypt. At the same time, I am very comforted that God has hope even on me. I pray that we may fight together and become pure children of God, fit for his kingdom and ready for his battle!

“Without remembering God’s grace, it is impossible for me to remain as a Christian because this new life requires much sacrifice and self-denial.”

Wow. I needed this reminder. Thank you. In fact, I appreciate this whole testimony. I really like the Joshua refresher. Praise God for his grace and mercy in your life. Your struggle to roll away the reproach of Egypt in your own heart and the hearts of college students is truly beautiful.

As I read this Testimony what stood out to me the most is seeing how important is to keep God’s grace and love at the center of my heart. And then as I check out the comments, I see that this same point stood out to others too. Indeed, God’s grace is everything to our Christian lives.

What do you all do to keep God’s grace fresh on your heart?

One way I like to keep God’s grace fresh and vivid on my heart is by reading different Life Testimonies I have written.

For me it’s definitely through testimony writing, and certain songs as well. I should probably look back at my old testimonies–it’s hard, though, cuz I cringe so much at my past immaturity haha